Workers: factory came to a halt and he made the announcement.

Interest Story:
Jr. Turner told this wartime story.
Junior was at a dog trial and a Mr. Mike McLachlan asked him if he was from Magrath. Junior told him he was and Mr. McLachlan told him that he had been stationed in Italy as a young Canadian soldier and was issued a gray army blanket with a black stripe down one side and it was made in Magrath, Alberta, Canada.


That blanket kept him warm during that cold Italian winter.  When Spring cam he got some Italian girls to make a coat out of the blanket.


Several months later, he was transferred to Scandinavia to be a part of the army ski patrol.  He was issued another gray woollen blanket with the black stripe down one side and made in Magrath at the Golden Fleece Woollen Mill. 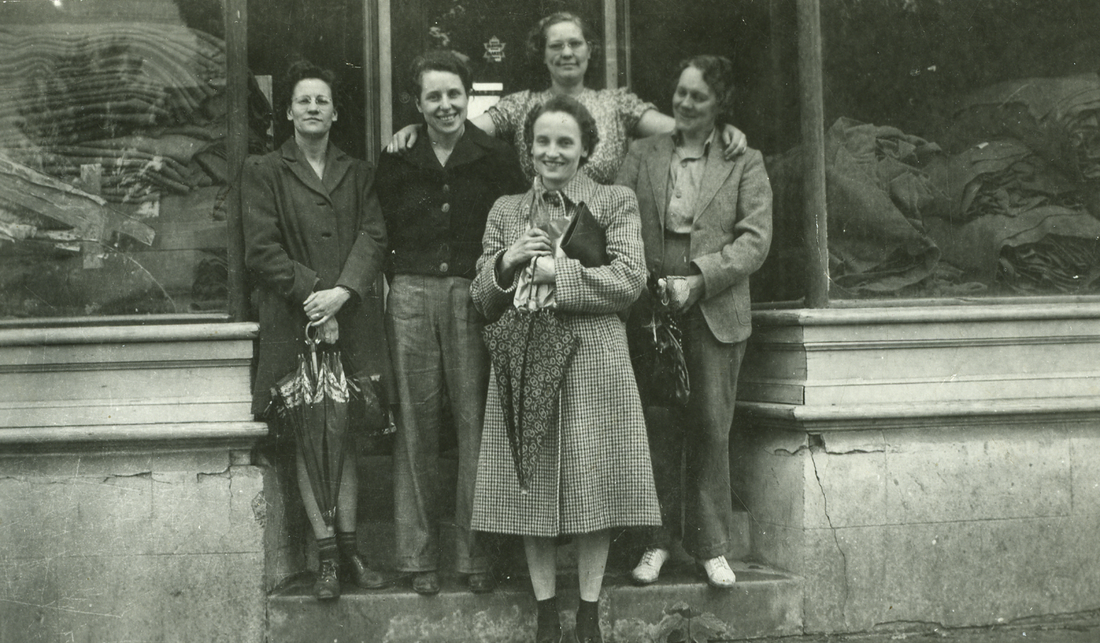 Golden Fleece Woollen Mill workers Thelma Turner, Thelma Mai, Gladys Coleman, Thelma Miller at back, and Mary Clifton standing in front of the Woollen Mill building. (originally the Royal Bank)  It was located where the Town Hall is today.
The windows are filled with gray army blankets, which the woollen mill was famous for producing during World War II. These blankets had a distinct black line woven in the blanket.
Powered by