Lance Corporal Max Bossert
Max Bossert,    Was born in Alberta,  was enlisted in Fort Macleod as a Lance Corporal with the Canadian Scottish Regiment in 1941.  Max was taken as a POW on Dec. 20, 1944 and later died while a prisoner on Dec. 30, 1944
From: Timeline   WW II Soldiers KIA
​He was a cook with the Canadian Scottish regiment and became a prisoner of war.  He was declared missing on December 29, 1944 and was later shot.  He was in a march and couldn’t keep up.  He was told to get going or he would be shot and he couldn’t, so they shot him. 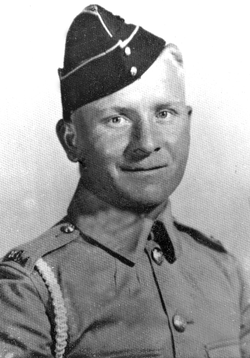 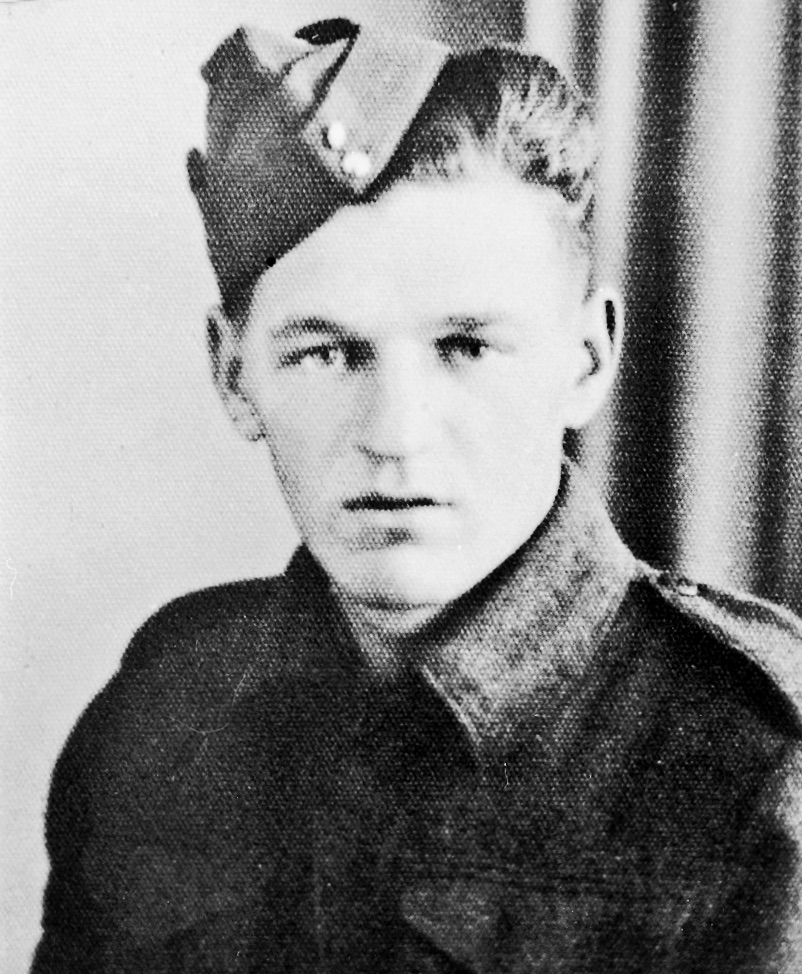 Duane Coleman  Army
​
​Duane joined the Anti Aircraft Battalion of the Canadian Army in June of 1941.  Duane was sent overseas.  In 1944, the Germans turned the big guns that they originally had pointed out over the English Channel around to aim at the interior of France.  A blast from the guns hit a mine field just at the time Duane’s truck was maneuvering through it and he was killed.  (Westwind News: November 2016) 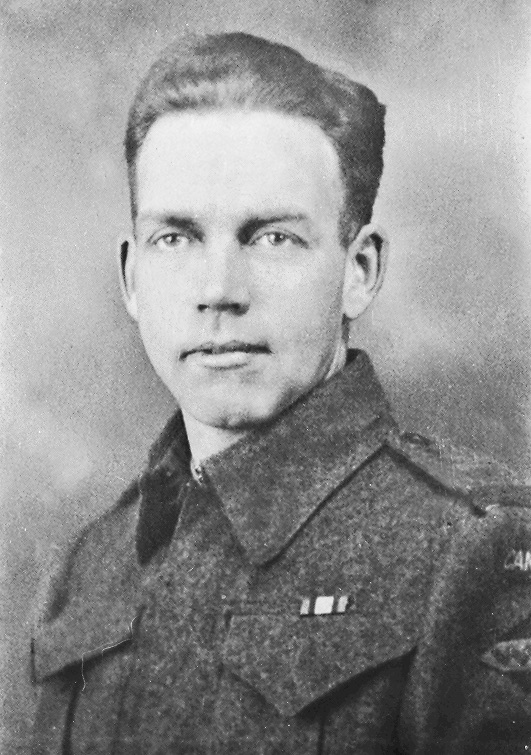 Leonard was attached to the Regina Rifle Regiment.  He had been in Normandy less that two months when he died on August 31, 1944 due to wounds he received to his chest and left arm. (Westwind News:  November 2016)

Harold Evans:
​Harold graduated as an air gunner in England on October 2, 1943.  One week later, he was chosen for a mission to fly to Hanover, Germany.  His plane was one of two that was never heard from again.  (Westwind News: November 2016) 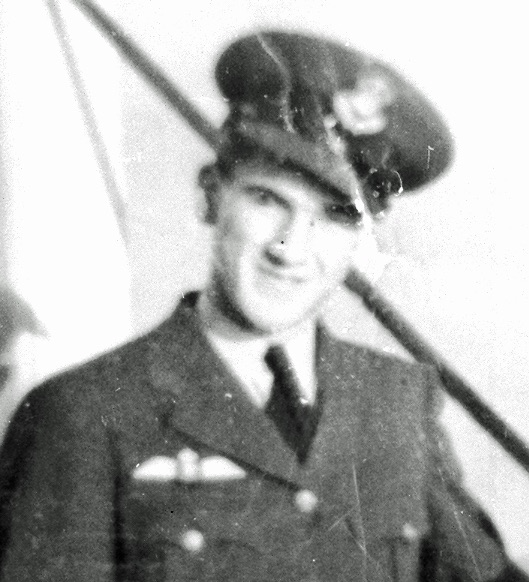 Shelly Coleman
​Air Force:
Shelly joined the RCAF and became a pilot during the Second World War: After the war he was flying a jet over Italy for NATO.  The plane malfunctioned and he was killed in the ensuing crash. 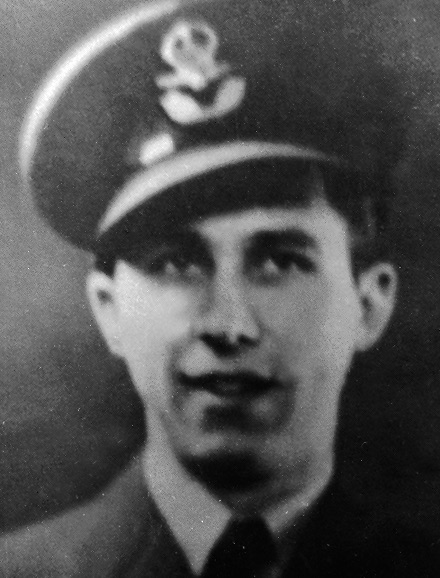 
P.O. Blair M. Harker of Magrath served as a night-fighter pilot with 409 RCAF Nighthawk Squadron overseas in 1943.  He flew a twin-engine Beaufighter out of northeastern England.  He flew over France April 18, 1942-his 26th birthday.  His observer’s body was found on the French shore but Blair’s body was never found. 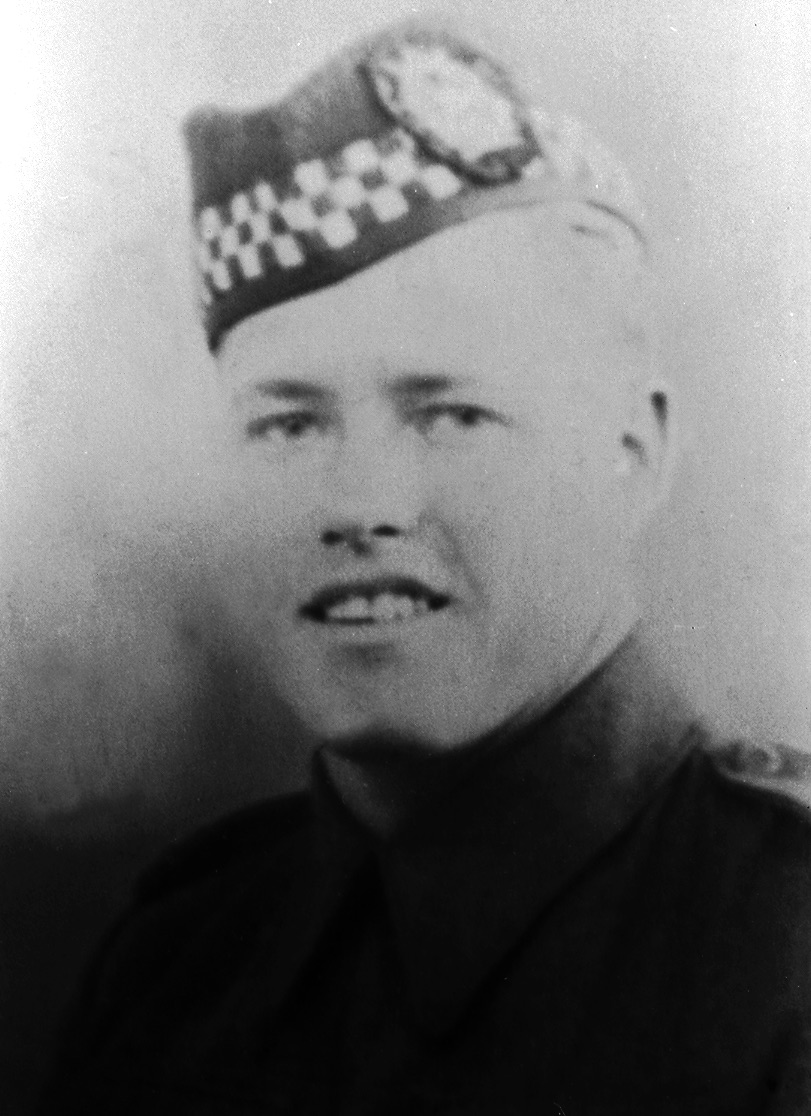 Klane Harris:
​
Klane served with the Calgary Highlanders.  He was killed at the Battle of the Scheldt, which cleared the Schelt Estuary and allowed the Allied Forces to use the Port of Antwerp to ease the length of the supply lines for the troops going into Germany.  (Westwind News: November 2016) 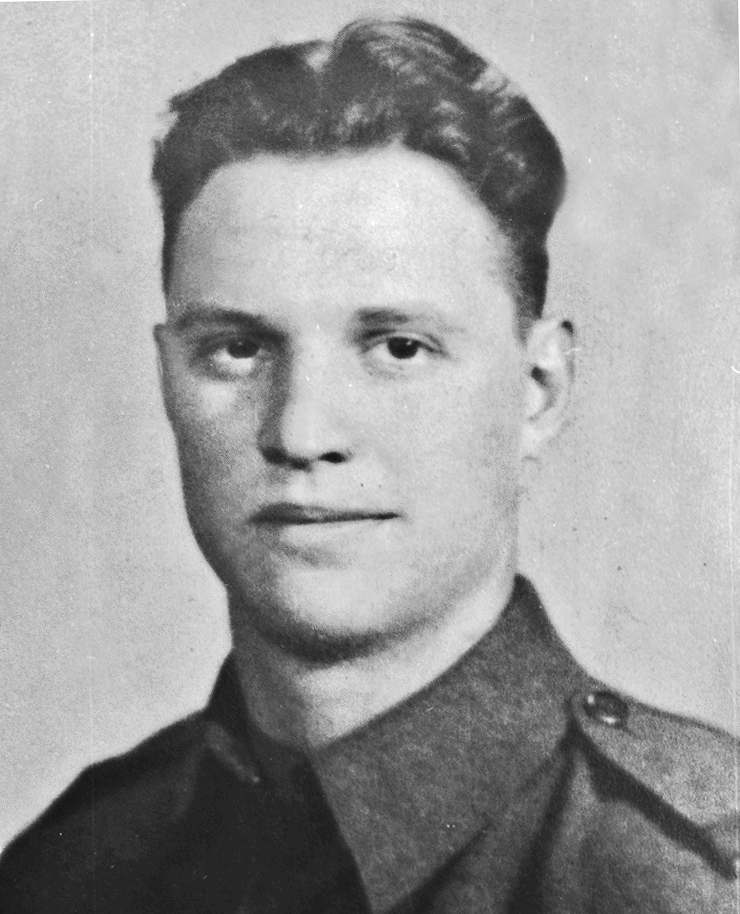 Lee and his brother Dee travelled to Calgary to join the army.  They found themselves in the medium artillery unit and landed in France a few days after D-day.  In a battle near Caen, France, their unit was hit by friendly fire.  Lee died August 12, 1944. 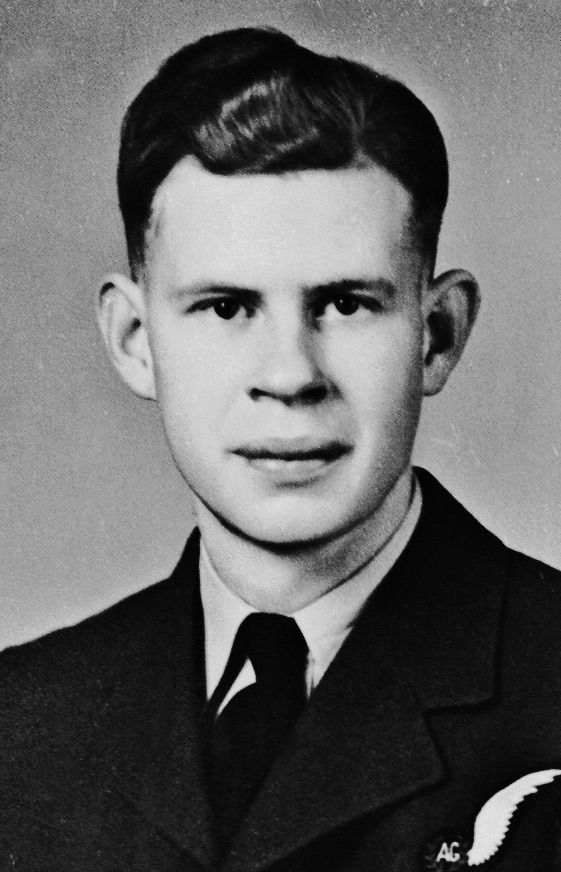 Minor, Orton FS (AG) R178390.
From Magrath Alberta. Killed in action Jul.28/42 age 21. #50 Squadron (From Defence to Attack). Lancaster aircraft # R 5687 was shot down at Wesermunde-Geestemunde, Germany during a night trip to Hamburg, Germany. Six other members of the crew not Canadians also killed. Flight sergeant Air Gunner Minor was buried in the Garrison Cemetery at Wesermunde-Geestemunde, Exhumed, and reburied in the Becklinger British Military Cemetery, Soltau, Germany

Westwind News: November 2016_ Orton joined the RCAF and was an air gunner.  On July 28, 1943 he left Lincoln, England for a raid over Hamburg, Germany.  His aircraft and its seven crew members were never heard from again. 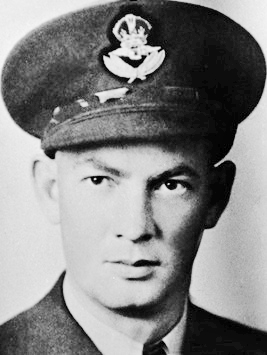 Sergeant George William Pharis
Reported for training May 10, 1943 and was posted overseas.  He was more than halfway through his operational tour when the Halifax he was flying in did not return to base on August 31, 1944.
​George Pharis, air gunner, was killed in a daylight bombing raid off the coast of France. 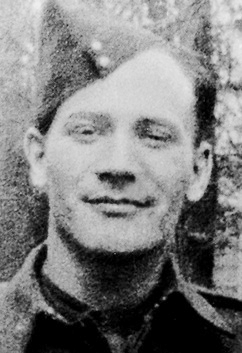 Norman Hudson:
​On June 14, 1944, Norman died accidentally when he was crushed by a tank that turned over as a result of a bridge giving away.  (Westwind News:  November 2016) 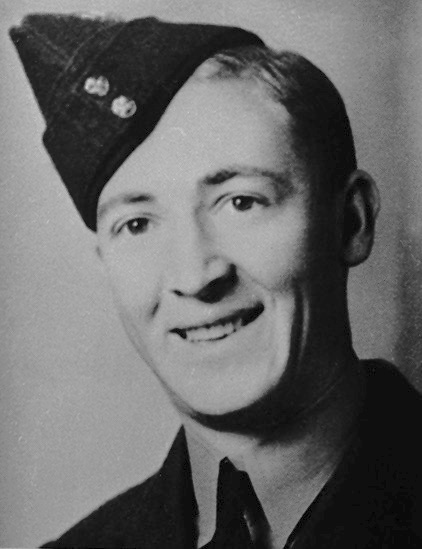 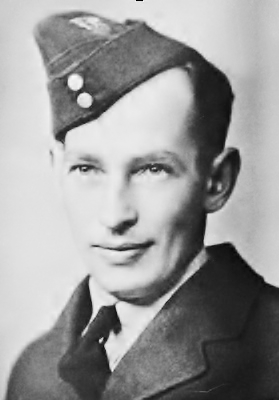 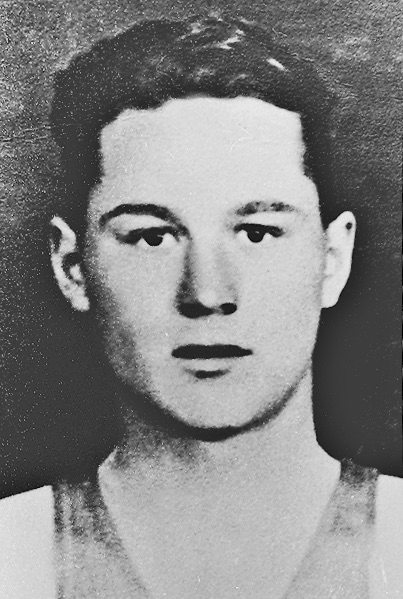 Gordon Sabey
​Army:
Gordon Sabey joined the Armed Forces and was in the Army. Gordon contracted pneumonia in January while training at Calgary.  This was from complications from surgery for appendicitis. 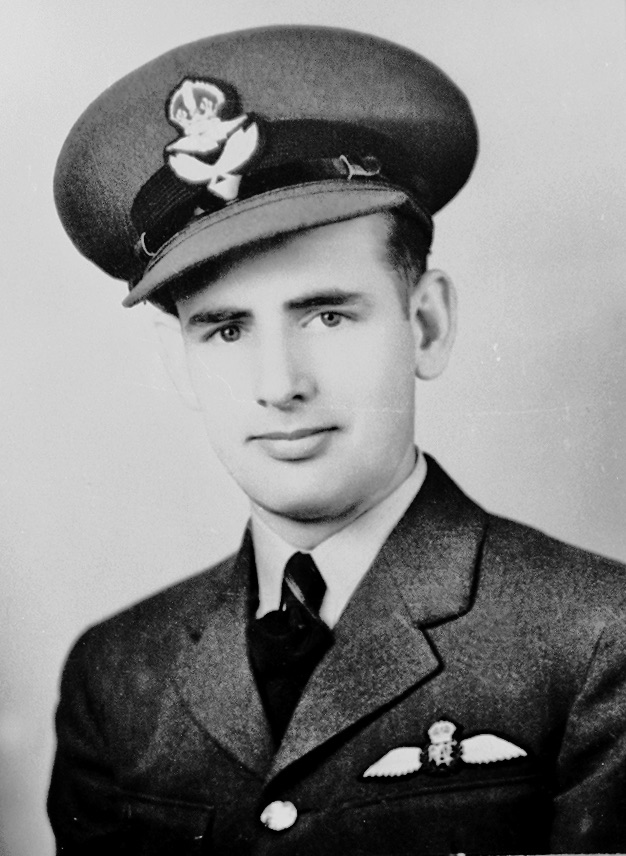 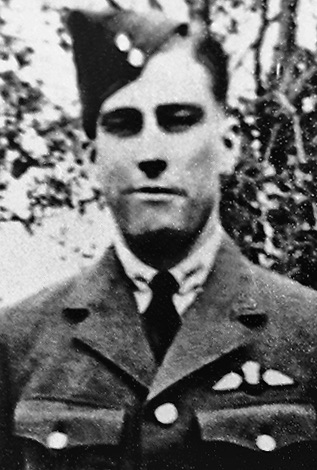 
Born at Calgary on June 9, 1909, he attended public school at Acme and High School at Calgary before joining the Bank’s staff at Acme, Alberta in July 1928.  He was interested in sports but took a more active part in music, playing several instruments equally well—an avocation he continued during his banking career.  He served at several branches in Alberta and was employed at Magrath in August 1940, when he enlisted in The Edmonton Fusiliers.  Subsequently, he was transferred to the Calgary Highlanders with which unit he played in the regimental Pipe Band.  In May 1943, he proceeded to the United Kingdom, where he received further training, particularly in first aid and medical work, until July 8, 1944, when he landed in France as reinforcement for The North Nova Scotia Highlanders, who had suffered heavy losses in earlier operations.  On learning of a shortage of stretcher bearers, he at once volunteered for that duty and by his efforts saved many lives.  On July 18th—only ten days after his arrival in France—he went out to attend a man who had been struck by enemy shell-fire but was instantly killed when another shell exploded beside them. 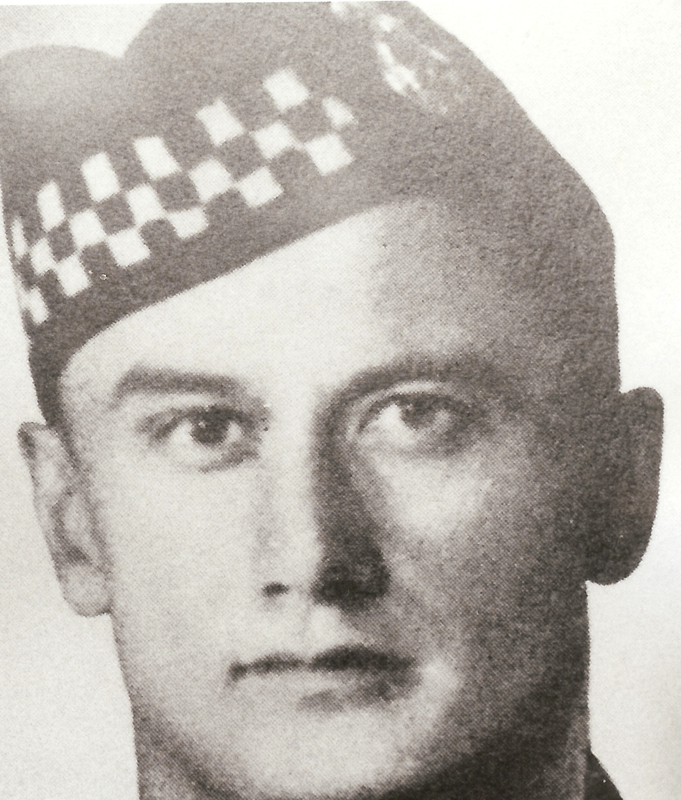